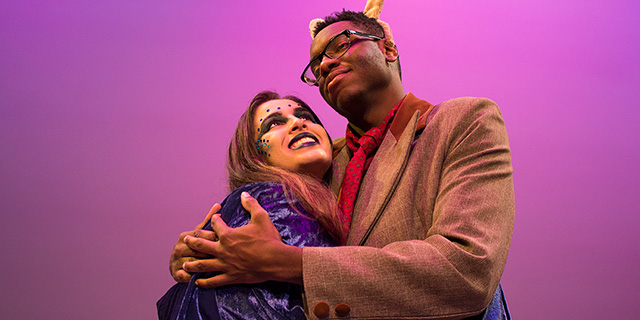 Lake-Sumter State College Theatre presents student productions of A Midsummer Night’s Dream and Hamlet premiering on February 22 at the Paul P. Williams Auditorium on LSSC’s Leesburg Campus at 6:30pm. This is no ordinary showing of the two classic Shakespeare plays, however.

“As the adaptors of the plays, we tried to keep the spirit of Shakespeare’s classics,” says Kevin Arms, one of the show’s co-directors. Kevin Arms and Dr. Scott Hopkins, both LSSC professors, are directing A Midsummer Night’s Dream and Hamlet respectively. Both plays have been adapted to one-hour performances.

The Shakespearean English for A Midsummer Night’s Dream has been translated to modern English, except the faeries and anyone affected by their magic. Instead of the Athens, Greece setting, LSSC’s Midsummer will take place in the American South in 1873.

Hamlet is not without its own unique changes. Also set in the American South on the plantation of Denmark, Hopkins’ Hamlet takes liberties by casting the play in a southern gothic style. The Shakespearean English of Hamlet remains intact. The play also takes place outside following the end of A Midsummer Night’s Dream. Yes, outside (weather permitting).