Special Hours - Ask Us Anything - Get Enrollment & Course Registration Help! 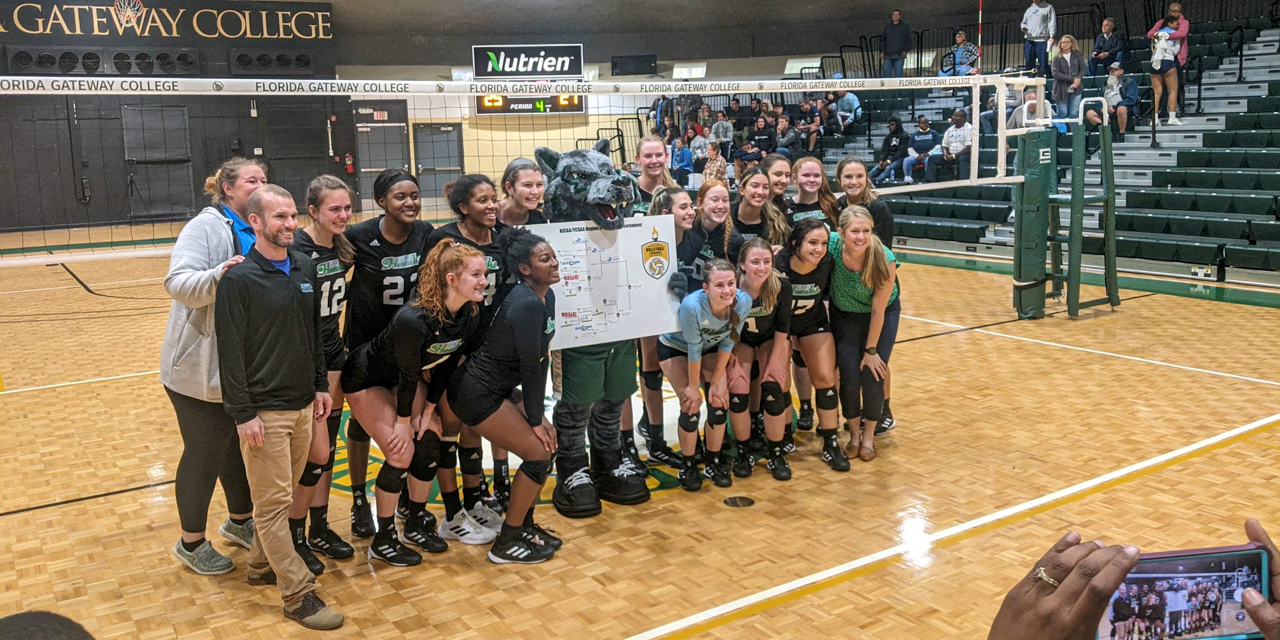 The two best teams in the Sun-Lakes Conference met up for the fourth time this season and the Lake-Sumter State College Lakehawks came out on top, punching their ticket to the National Tournament.

The 2021 NJCAA Division II Volleyball Championship will take place in Cedar Rapids, Iowa, on November 18-20, 2021. Follow www.lakehawksports.com, @LakehawkSports on Twitter, and @NJCAAVolleyball on Twitter for updates.

St. John’s River State College (31-4, 17-1) handed Lake-Sumter their first loss of the Gulf District Tournament on Friday. The Lakehawks then turned around, took down Pensacola State College in three sets in the early match before setting up the fourth a final contest with the Vikings. This time, it was for all the marbles with a trip to the NJCAA National Tournament on the line.

The Vikings, who came into the tournament as the No. 1 seed and ranked No. 8 in the latest NJCAA National Poll, took the first set. LSSC jumped back in with force in set two to even it up at 1-1.

The most crucial point of the entire match came with the Lakehawks trailing 20-9 in set three. Down by 11, Head Coach, Amanda Phelps called a timeout. You can hear Xiomara Williams taking control of the situation over the live feed and saying, “Calm down! Calm down! We can’t win with everyone yelling at each other!” Then, silence fell over the team and Coach Phelps began to make adjustments, clinging to the hopes of a comeback. Lake-Sumter came out on fire! Eventually battling back to tie set three up at 22-22, before putting it away down the stretch, winning a pivotal set three and taking a 2-1 advantage.

Looking slightly shell shocked, the Vikings struggled out of the gate in set four with LSSC jumping out to a 4-1 lead. It was a tightly contested set the rest of the way out. The Lakehawks created separation late in the set with three straight points. With the scored 24-21, Kayla Chambliss took the serve and after a back and forth volley, the Vikings set the ball long and out, giving the Lakehawks the 25-21 victory.

The victory is the second District/Regional title for the Lakehawks in the last four years. This will be the second trip for LSSC to the NJCAA National Tournament under Amanda Phelps with their first appearance coming back in 2018.