Home » News » The next generation of nurses

The next generation of nurses

From the Triangle News Leader 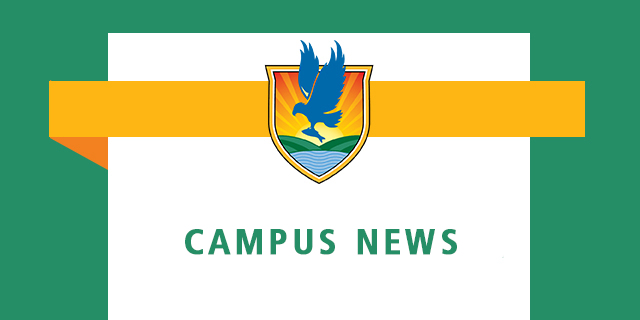 The health care profession has been operating with a nursing shortage for years, and Lake-Sumter State College is doing its part to improve the situation.

In fall 2021, the college announced it had formed a relationship with AdventHealth to provide its nursing students with immersive, practical education on a regular basis at the Waterman campus in Tavares.

The Dedicated Education Unit (DEU) began in spring semester, with two eight-week sessions for 16 students. They each teamed up with a nurse for a full day once a week, which differs from other clinical training in that there is consistency. Rather than bouncing from one facility to another, with various staff members, each time a student takes part in clinical work it is on the same hospital floor, with the same nurse mentor.

“The difference with the DEU is that you’re assigned a specific nurse that you see each and every day,” said Dr. Jessica Shearer, LSSC’s dean of Allied Health. “The idea is to get comfortable with that nurse and … that facility and the culture – and be able to go into the workforce with little trepidation.”

Amy Elwood, a Waterman nurse who served as a preceptor, or mentor, in the spring DEU, graduated from the LSSC nursing school in 2020.

“The experience of being a nursing student and being a new nurse is still pretty fresh to me, so I was really excited to be able to participate in this program,” she said. “I remember what it was like, and the difference between school and starting to work as a bedside nurse. Some of the biggest challenges are really getting an idea of how to put all of those skills, tasks and information together in a cohesive nurse’s day.”

With its one-on-one student-nurse format, the DEU program allows the LSSC students to get hands-on experience and more, according to Shearer.

It’s an opportunity to explore, “‘How does this nurse think? How does she sort her day out? How does he or she go about solving problems?’ And the nursing student sees that and knows how to better organize their day, better approach the problems,” Shearer said. “And we’re really grateful that AdventHealth and the clinical staff have allowed Lake-Sumter State College nursing students to see this process happen.”

Elwood agreed: “As a preceptor to these students, I’m doing my best to think out loud, to share with them the reasons why I’m doing what I’m doing. The nurse is really like the air traffic controller for those patients, and you want to make sure you get everyone safely through their day and help them get well.”

Christina Vega, a second semester nursing student who took part in the DEU program, said she had little clinical experience prior to joining the nursing program.

“The DEU played a huge role in my success so far in the program,” she said, noting that being able to apply lecture information in a clinical setting was a huge plus, as well as working with the same nurse, week in and week out, to work toward specific outcomes for each patient. “It really brought things full circle for me.”

Vega said she was able to give her first shot to a client at the DEU, and she handled patient communication, medication administration and more.

“I do think [the DEU] sets me apart from my peers. It helped me out in my testing, and being able to critically think through different questions, because I was able to see how a client would present with specific disease processes. It was very eye-opening and very beneficial,” said Vega, who previously served in the military for about nine years and is a current member of the Florida National Guard.

Elwood said she would’ve appreciated the program when she was a student, because the DEU “can really jumpstart the experience of students who are becoming new nurses, which is an incredibly role. The only thing I found more stressful than nursing school was being a nurse itself. It’s a really, really hard job. It’s an amazing job. … As a nurse or a student, the last thing you want to do is hurt somebody, so you want to bring the best care that you possibly can.”

Vega has already seen progress in herself. At first, she wondered, “Will these jitters ever go away?” As she wrote in her reflective journal and spoke with her instructor about her experiences, she saw positive change.

”Honestly, going through this program, and as I progressed through the eight weeks, things started to get a little easier,” she said.

LSSC is also working with Orlando Health at South Lake Hospital to implement the DEU model there. Nursing students will begin the program there in the fall. The college has teamed up with UF Health to begin DEUs at Leesburg Hospital and The Villages Hospital, as well.

“All three hospitals and systems are existing clinical partners for our nursing programs,” said Kevin Yurasek, LSSC’s strategic communications executive director. Having the DEU has another benefit, as it allows Lake-Sumter State College to expand its enrollment capacity by increasing available clinical spaces for nursing students, he added.

Staffing deficits in the nursing profession are caused by a number of factors, including nurse burnout (especially since the COVID-19 pandemic began in early 2020), an aging workforce with potentially one third of the nation’s RNs at retirement age in the next 10 to 15 years, an aging population that increases the need for more nurses, and even the threat of violence in the healthcare setting, which is an already stressful environment, according to the National Institutes of Health (NIH).

A NIH National Library of Medicine report states, “According to The American Nurses Association (ANA), more registered nurse jobs will be available through 2022 than any other profession in the United States.”

“Turnover of nurses is an area of concern for us,” said Abel Biri, AdventHealth Waterman CEO. “When we originally launched [the DEU], it was before the current level of crisis. Nursing has been in perpetual shortage, but we’ve never seen it as acutely as we are today.”

Currently, there are over 415,000 active RN and PN licenses in Florida and more than 6 million in the U.S., the regulatory agency NCSBN shows.

According to the U.S. Bureau of Labor Statistics, 276,800 additional nurses will be needed across the nation from 2020 to 2030 and, “Employment of registered nurses is projected to grow 9% from 2020 to 2030, about as fast as the average for all occupations.” In Florida, the Bureau of Labor Statistics projections show a greater growth projection –16% – in a slightly different timeframe, 2018 to 2028.

In other words, if you’re interested in getting into the nursing profession, you likely will have a job waiting for you when you complete your education.

The pay is respectable, too, with the median pay for an RN in Florida at $77,600 per year, based on Bureau of Labor Statistics’ 2021 data.

When it comes to recruiting and keeping nurses, an important component of the DEU is the local aspect, Biri said, using Vega as an example.

“Somebody like Christina has roots locally, and is likely to stay, rather than somebody who might be coming from another place,” he said. “From a strategy perspective, this is really relying on local talent and a local educational institution to grow and support the community.”

Noting that nurse staff turnover often occurs within one to two years of a new hire, Biri said, “It can take up to three months to onboard a new person. It’s a very expensive proposition to take someone who can’t carry a patient load on their own. And then you lose them within a year.”

Through the DEU, however, you have shortened the orientation process significantly because the LSSC nursing students have already had months of orientation, Biri said.

“It’s not just smart recruitment processes, it’s an economically smart way to go about onboarding,” he said. The DEU also gives both the organization and the student opportunity to assess how well they fit – do their values align? Will the work environment offer professional growth?

Biri had nothing but good to say about the DEU and its potential to help improve the nursing shortage.

“Through this program, we’re producing more experienced nurses sooner,” he said with a smile.