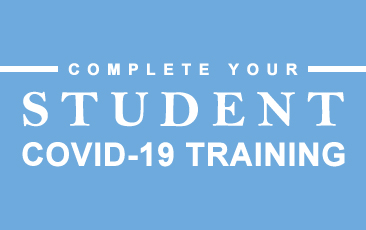 Provisional accommodations might be offered in the interim, but determination of accommodations will not be made until the student’s documentation is complete.

A disorder in one or more of the basic psychological or neurological processes involved in understanding or in using spoken or written language. Disorders may be manifested in listening, thinking, reading, writing, spelling, or performing arithmetic calculations. Examples include dyslexia, dysgraphia, dysphasia, dyscalculia, and other specific learning disabilities in the basic psychological or neurological processes. Such disorders do not include learning problems which are due primarily to visual, hearing, or motor handicaps, to mental retardation, to emotional disturbance, or to an environmental deprivation.

Disorders of language, articulation, fluency, or voice which interfere with communication, pre-academic or academic , vocational training, or social adjustment. Examples include, but are not limited to, cleft lip and/or palate with speech impairment, stammering, stuttering, laryngectomy, and aphasia.

Any mental or psychological disorder including but not limited to organic brain syndrome, emotional or mental illness, or attention deficit disorders.

A disorder of the musculoskeletal, connective tissue disorders, and neuromuscular system. Examples include but are not limited to cerebral palsy, absence of member, clubfoot, nerve damage to the hand and arm, embolism, thrombosis (stroke), poliomyelitis, multiple sclerosis, Parkinson’s disease, congenital malformation of brain cellular tissue, and physical disorders pertaining to muscles and nerves, usually as a result of disease or birth defects, including but not limited to muscular dystrophy and congenital muscle disorders.

An injury to the brain, not of a degenerative or congenital nature but caused by an external force, that may produce a diminished or altered state of consciousness, which results in impairment of cognitive ability and/or physical functioning.

Documentation required will depend on what accommodations a student is seeking.

Disorders characterized by an uneven developmental profile and a pattern of qualitative impairments in social interaction, communication, and the presence of restricted repetitive, and/or stereotyped patterns of behavior, interests, or activities. These characteristics may manifest in a variety of combinations and range from mild to severe.

Documentation needed will depend on what accommodations a student is seeking.

Any disability not identified in any of the other categories that have been documented as having an intellectual disability, deemed by a disability professional to make completion of the academic requirements impossible.