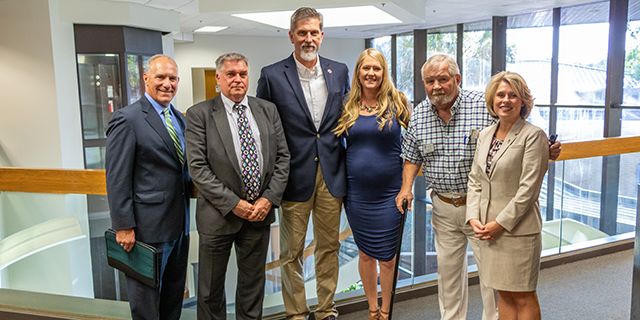 A few short months after the addition of both men’s and women’s cross country, Lake-Sumter State College will be adding its sixth sport, beach volleyball.

Approved by the District Board of Trustees during their May meeting, beach volleyball becomes the most recent NJCAA affiliated sport for the college. It will be based out of the Leesburg campus, but will call Hickory Point Sand Volleyball Complex out of Tavares, home.

“We are excited to begin this new emerging sport and for the partnership with Hickory Point and USVA Florida Region,” said Athletic Director, Mike Matulia. “Our beach players will have access to a world class facility and be one of the first state colleges in Florida to participate in this sport.”

Since 2012, beach volleyball has been one of the fastest growing sports in the NCAA. In April of 2018, the NJCAA Board of Directors passed the adoption of beach volleyball to become a full-time varsity sport beginning in 2019. It is the first sport added by the NJCAA since the half marathon and women’s lacrosse in 2003-04.

“I grew up playing beach, almost as long as I’ve played indoor,” said Head Volleyball Coach, Amanda Phelps. “Beach volleyball has opened more doors for females to pursue scholarships and become collegiate student-athletes. I am so excited to see the beach game grow at the collegiate level- and that we get to be a part of it!”