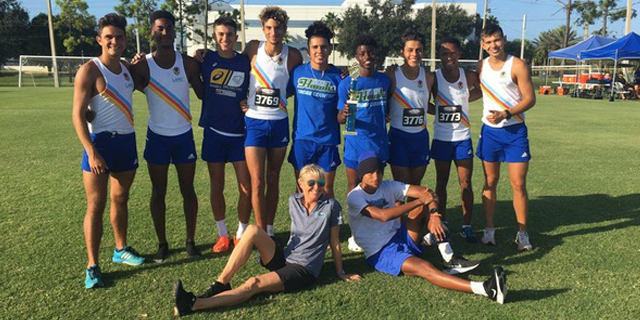 As they closed their inaugural season, the Men’s and Women’s Cross Country teams competed at the NJCAA Region 8/FCSAA Cross Country Championships in Tallahassee last Friday.

LSSC runners William Troupe and Alexander Croy both qualified for the 2019 NJCAA Division I Men’s Cross Country Championship in Albuquerque, New Mexico, on November 9. This marks the second time in College history that a Lakehawk team has qualified for a national championship.

Both athletes earned a spot on the All-State Team after placing in the top five of the regional championship.

On the women’s side of the championship, the Lakehawks had three runners in the event of over 40 competitors. Neelyam Lugo Ramos posted one of her best runs of the seasons at 22:39 and placing 17th. Brianna Mitchell finished 34th and Isabel Panganiban finished 36th. Pasco-Hernando State College took first place in the women’s regional championship.

“We are extremely proud of all of our cross country runners,” said Mike Matulia, LSSC athletic director. “These athletes exceeded any and all expectations as a brand-new program in their first year of competition. I would also like to thank Head Coach Cristy Snellgroves for her leadership in developing these teams.”