Home » News » What to know about academic regalia at LSSC

What to know about academic regalia at LSSC 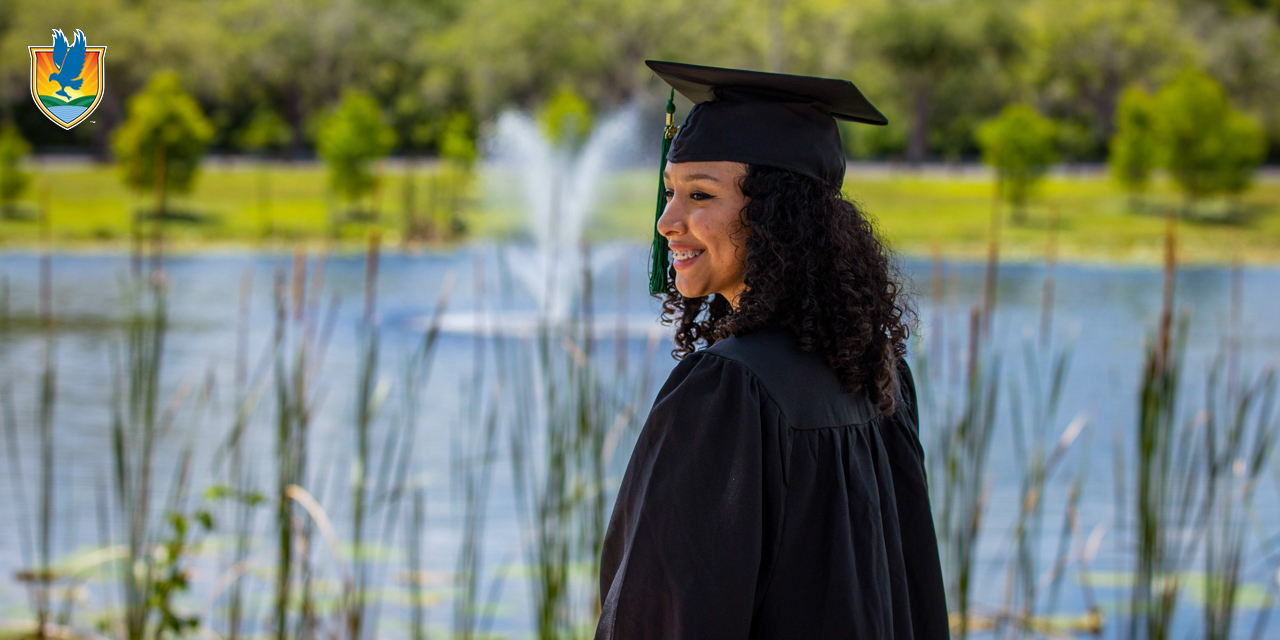 The tradition of the academic dress dates back nearly eight centuries. Scholars, both teachers and students, wore long gowns to keep warm in the damp and drafty halls of learning. Gradually, styles were adopted which were characteristic of the individual college and of the highest academic degree held by the wearer. In 1895, a commission was established to come up with a uniform code for academic costume. Today the gowns, hoods and mortarboards worn by the graduating students of most institutions, including Lake-Sumter State College, follow this code.

LSSC faculty and staff wear caps, gowns, and hoods representing the institution and academic discipline of their highest earned degree.

The tassel is worn on the right side of the cap until the degree is conferred and moved to the left side as part of the Commencement ceremony.

Students are asked to wear professional or business attire underneath their academic regalia. If wearing a dress, ensure it is no longer than your robe. Graduates should ensure dresses or pants that fall below the robe are a dark color. Participants should wear comfortable black shoes.

Members of the U.S. military may wear their dress uniform in lieu of academic regalia. Regalia should not be worn on top of the dress uniform.

Mortarboards may be decorated if the student wishes. Decorated mortarboards should be flat on top of the cap. Any unapproved enhancements to academic regalia must be removed for participation in the Commencement ceremony.

Cords, stoles, medallions, and tassels representing various academic achievements or other honors are also worn at the discretion a degree-granting institutions. At LSSC, cords and stoles identify the academic discipline of baccalaureate candidates and recognize achievements such as graduation honors, membership in honorary societies or select groups, service in the U.S. Armed Forces, and other student leadership positions.

These adornments to the regalia must be reviewed and approved by the College’s Convocation Committee for inclusion in the academic regalia. Only approved adornments are allowed at Commencement ceremonies.

Members of the College’s District Board of Trustees have custom regalia in the institution’s colors to represent their important role as a trustee of the College and its legacy. These robes are black and embroidered with the College’s seal.

The sleeves of the gowns worn by the master’s degree recipients are square at the end. The doctoral degree recipients’ gowns have flowing sleeves with five-inch velvet trim – in the color of the discipline or official colors of the institution.

The biggest difference in regalia can be found in the hood, which identifies the graduate degree and institution in which it was awarded. For master’s students, the hood is short. For those receiving a doctoral degree, the hood is longer and lined with silk in the official colors of the student’s institution.

Most masters students will wear a mortarboard and students earning terminal degrees will wear a tam. The tassel color for graduate degrees indicates the discipline in which the degree has been earned, except that a gold bullion tassel is worn by recipients of doctoral degrees.